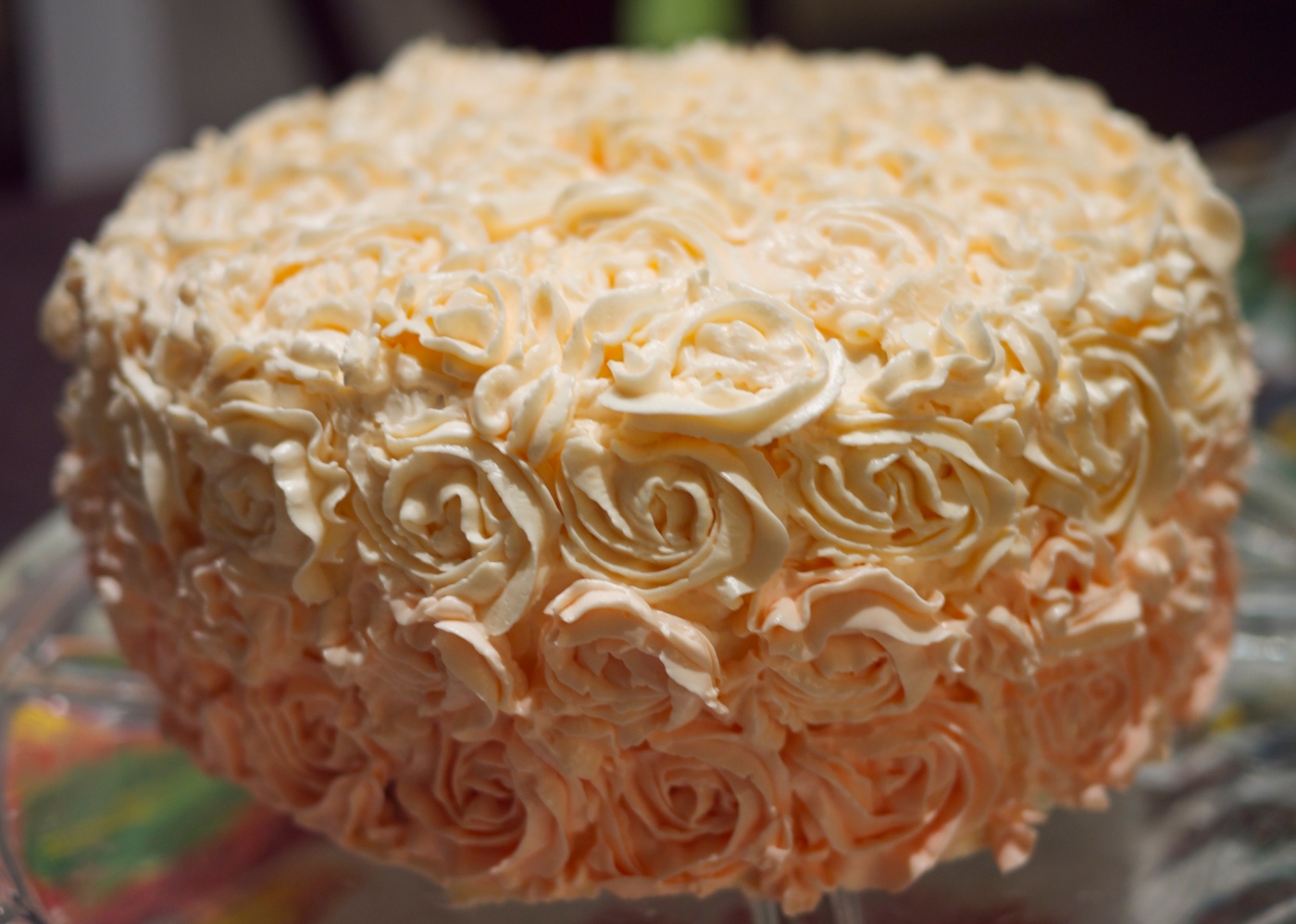 When I set about making a cake for Scarlett’s birthday, I wanted to make an ombre cake. Three layers, light to dark pink. But that’s a lot of cake and I think even I would have a tough time finishing it before it started to go stale. So then I decided the cake would be white and the frosting would be some kind of ombre pink — ombre is in fashion now, you know. And that’s what I did! 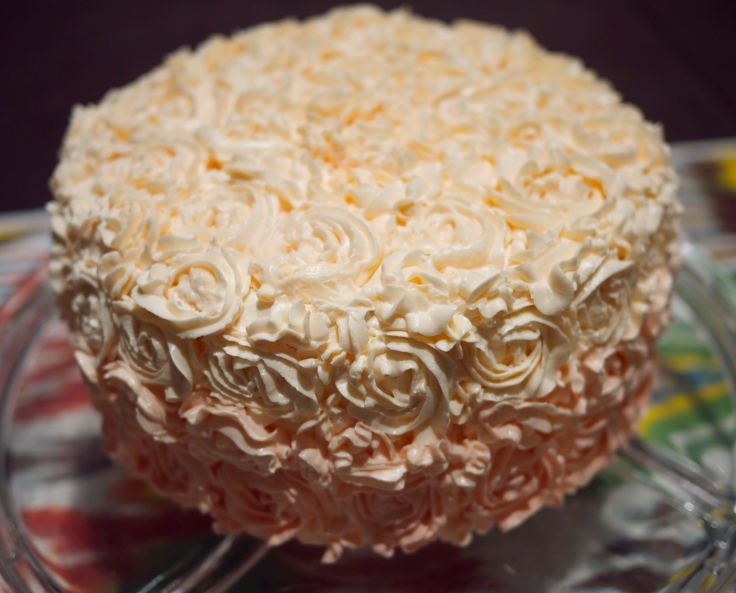 For the ombre roses…