I’m starting something new, and the credit for this idea goes to my sister, who first got me thinking about it. Each Sunday, I will try to post a different photograph. Belgrade alone has more than enough cool things to photograph for the two years we’ll be here, but I am not going to limit myself to just pictures of Belgrade — we’ll be doing so much traveling, I am sure I will want to share lots of other photos as well! 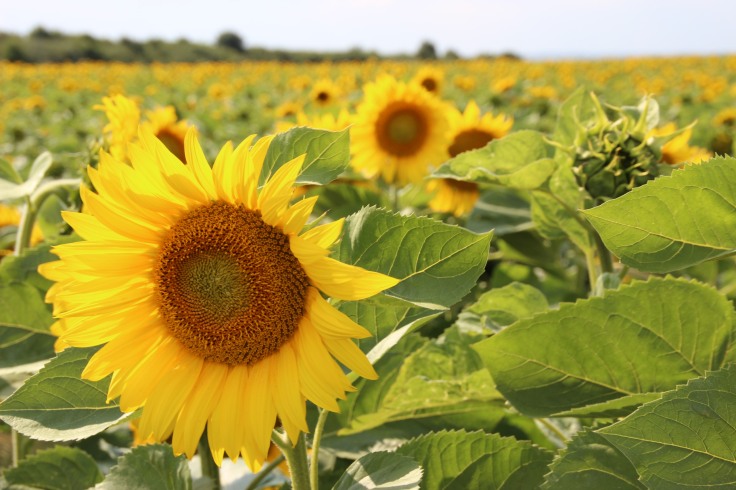 The first weekend we had here with both of my sisters, one of the things we did was drive to a town called Novi Sad, which gave us our first taste of the countryside in central/northern Serbia. We were surprised by how much it reminded us of Italy, with the rolling hills, vineyards, and sunflower fields, like the one pictured above. Prior to this drive, the only other time I had ever seen fields filled with sunflowers had been on the train in between Venice and Florence. Serbia is a surprisingly beautiful country — I say surprisingly because most people don’t tend to think of Serbia as such. Let’s just say I have been pleasantly surprised here.