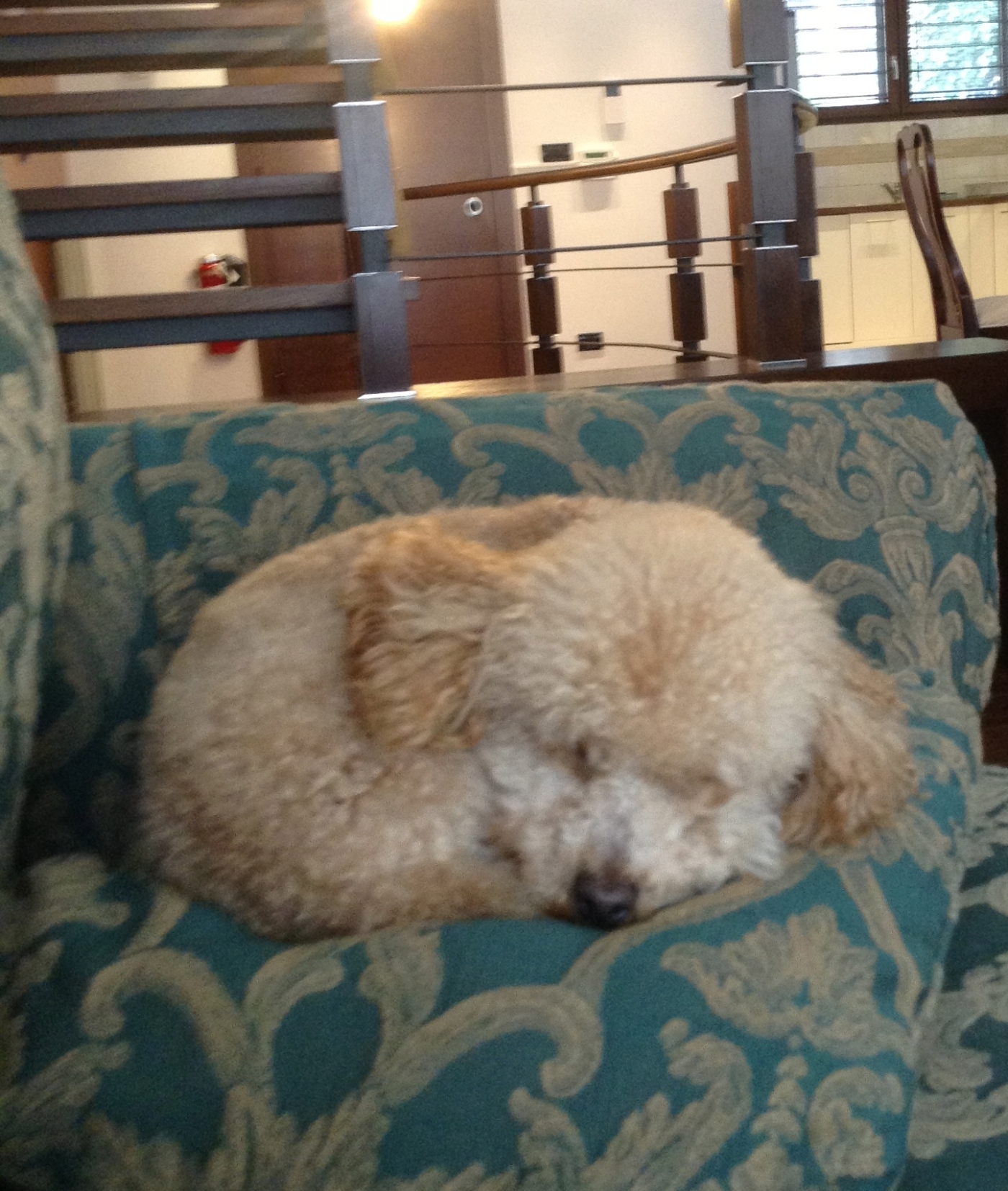 Taking a cue from Hardship Homemaking, I’ve decided it is time to write about the slipcovers that dramatically changed the look of our apartment. When we first opened the door to the apartment, I was a bit disappointed to see that we had been issued the infamous “old” Drexel Heritage line of furniture. Since the apartment itself is brand new and very modern, I had really been hoping that we would get the new(er) furniture. That would make sense, right? Instead, we have uber modern architecture filled with elegant 1890’s-esque furniture and really ugly couches. For those of you in the Foreign Service, we have the green and gold couch and loveseat. These are what Grant had originally been given in Tashkent, which were replaced with newer couches after a year.

In the right setting I could see where these couches might work; this apartment is not the right setting. On the plus side, the couches themselves are very comfortable, having been broken in already. Anyway, you can probably see where this post is heading. I almost immediately thought about getting slipcovers, but it is not the easiest thing to do over the internet, so I tried to figure out what other people have done in the past. Someone told me she had heard that the covers made for IKEA’s Ektorp line worked well. I searched around and was able to find a few photos of people using the slipcovers, and eventually I decided that it would be worth it for us to get some.

So we did. While they don’t fit perfectly, they are a thousand times better:

The slipcovers give our whole downstairs a much cleaner feel — and since it has an open-plan layout, it makes a big difference! Perhaps most importantly, the covers brighten up the downstairs. We get minimal sunlight on this level, and with dark floors and dark furniture, I feel like sometimes we live in a state of perpetual semi-darkness. I still have to turn on lights during the day, but having light-colored couches instead of dark green ones helps even more than I thought it would. Getting a new rug helped, as did putting a sage green tablecloth under the runner on the dining room table. All of this also helps me feel like our house is more like a home, since we will no longer walk into someone else’s home and see the exact same furniture, couches and all — thanks to these fantastic slipcovers!

One thought on “the power of slipcovers”