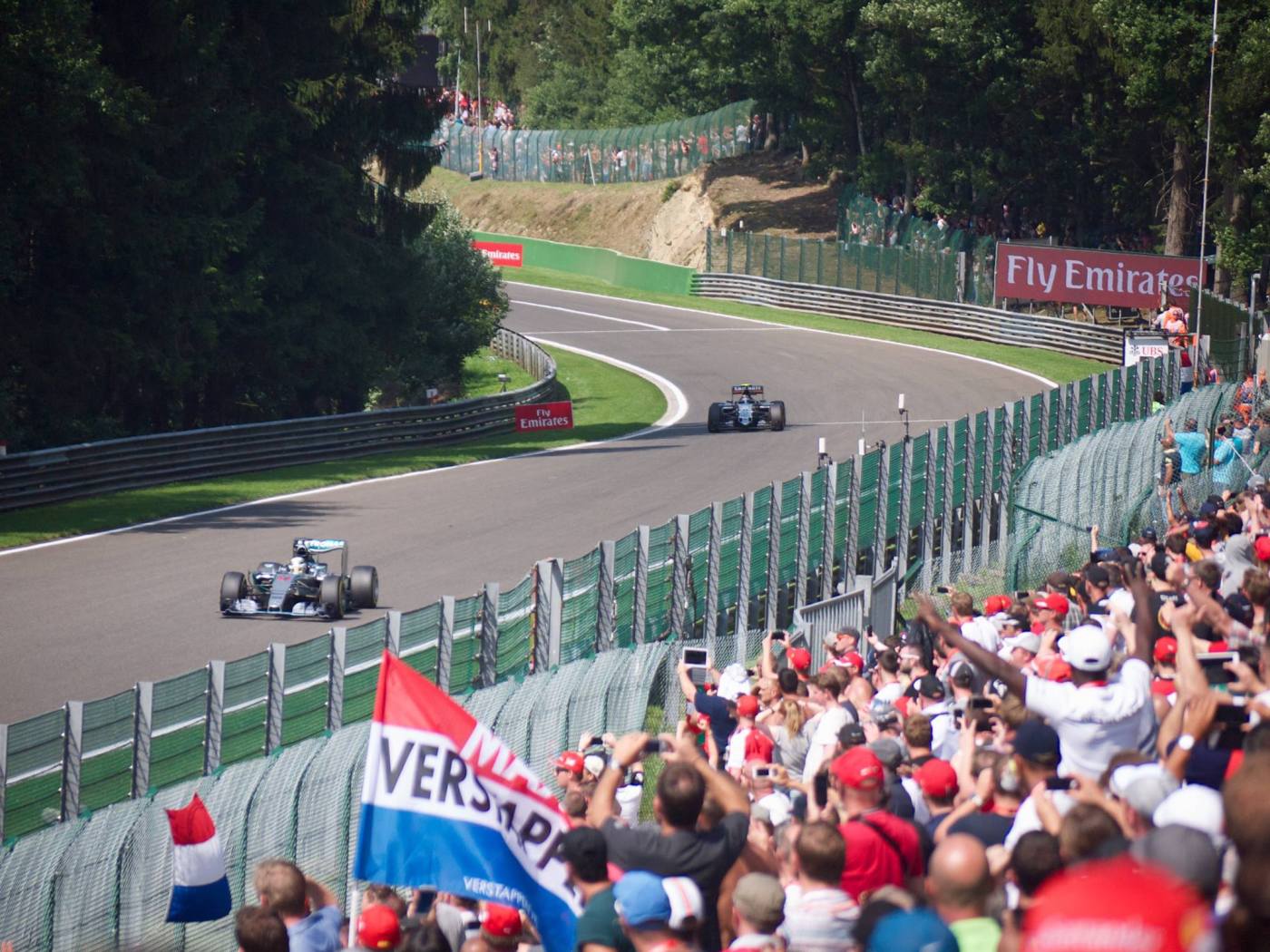 Just about a month after our arrival in Belgium, one of my brothers came to visit for a week. He and I explored some new parts of Brussels, and over the weekend he was here, we went to Ghent with Grant one day and to our first F1 race — the Belgian Grand Prix — in Spa the next.

I may not be super into car races, but I do have to admit that this was pretty cool. We did our research ahead of time to figure out what we should bring, where we should go to watch the race — we got the tickets that allow you to set up in a bunch of different places along the track — and when we should get there. Overall, it was perfect! The only thing we should have brought but didn’t? A trowel for digging in our chairs. More on that below…

We had purchased camping chairs and earplugs ahead of time: both were great to have but the earplugs were absolutely necessary! Following the advice of others, we also packed lots of drinks, snacks, and lunch in a cooler so we wouldn’t have to wait in long lines for overpriced food once at the track. We also planned to get there between eight and nine in the morning, even though the main race wasn’t until the afternoon.

Although we knew the general area in which we wanted to be (the Kemmel Straight), it took us some time before we found the perfect spot, partly because it involved getting dirty and literally digging in. Even though we arrived fairly early in the morning, most of the favorable spots were taken by the time we got there, and we ended up on a rather steep hill littered with rocks. By digging in some edges of our chairs (where the trowel would have been useful) and elevating others with rocks or rock piles, we managed to create a little site that was quite comfortable. As a plus, because the area didn’t lend itself to sitting on the ground, it ended up being much less crowded than elsewhere.

Throughout the course of the day, there were a number of different races so we were never actually bored. We also were lucky and managed to enjoy great weather (albeit chilly for August as I know it, but that’s par for the course in Belgium). Shortly after we returned to our car, the heavens opened up and it really rained, so we really did luck out!

Overall, it was a really cool experience and I’m so glad we went. The biggest downside was the traffic on the way home. We had read about bad traffic leaving the race, but figured it would only last until the highway… alas, I was wrong! It took us less than two hours to get to Spa from Brussels but more than four to get back. That was definitely not fun!